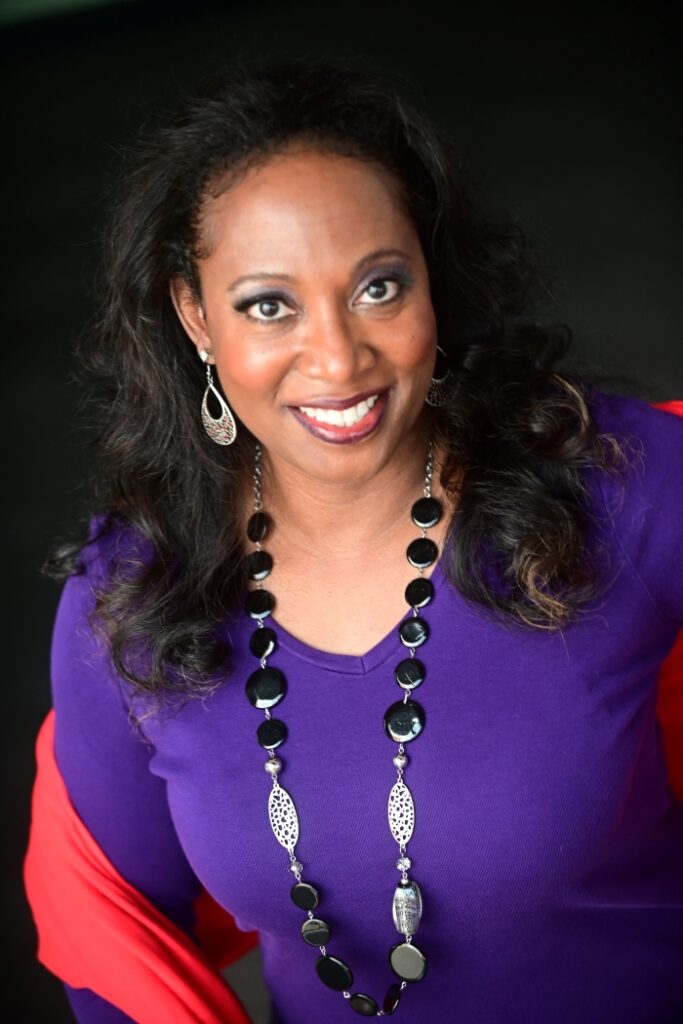 Brandy Maltbia Woodley grew up in the Northland of Kansas City, MO. She has a M.A. in Human Resources Management from Webster University, and a B.S. in International Business with a French minor from Northwest Missouri State University. After working in the business world at Farmland Industries, Inc and Sprint Corporation, she married and became an Army wife. As her life shifted, so did her career—to education and entrepreneurship.

Brandy was an adjunct instructor at Upper Iowa University and Central Texas College; and a Pre-K through sixth grade substitute teacher, educational assistant and long-term SPED substitute teacher. In 2006, she became a sole proprietor and CEO of Soaring Dove Enterprises for 13 years, completing various documentation services, resumes, career coaching and editing. She partnered with the CEO of MOCHA Enterprises on projects and ventures for military families; most notably, she was the Editor-in-Chief for Army Spouse Magazine.

Brandy currently works in the Department of Military History at Fort Leavenworth’s Command and General Staff College (CGSC). She gets most of her inspiration and support from her husband, Jay Woodey, and her daughters who attend Park Hill schools: Nakiya is a junior at Park Hill South, and twins Jaelyn and Jordyn are eighth graders at Walden Middle School.

One has to have some level of compassion and desire for student success and well-being when working in education. For example,

When I had kids run and give me hugs and share stories about their toys and siblings, my heart opened up.

When I became that soothing handoff (from mom to classroom) for first grader Jonah, who routinely did not want to leave his mother in the mornings, my heart inched bigger.

When a sixth grade girl stayed in from recess to confide her insecurities of fitting in to me, my heart ached for her and every girl trying to find herself.

When SPED, fourth grader Alex ran from his teacher and classroom across an open campus trying to control his emotions and anger, and I was the only one he wanted to walk with him to the disciplinary office—the ache in my heart deepened for students that need nurturing outside the home.

Finally, when I took a personal day to learn to sail, I returned the next day to a full report of how first grader Myra cried half of class because I was not there—my heart broke but reconstructed full of love for helping children have the resources and extra attention to be successful students, and simply have a good school day.

I am running because I have an exercised and strong heart to see each and every student be a scholar in their own rite and have the best educational experience and instruction possible. Our students deserve curriculum that prepares them to live, work, succeed and be a positive asset in our diverse world; to become an independent citizen with a strong educational foundation and exposure to greatness that is our community and our nation. This cannot be possible

. . . by not exposing them to all of America’s history; contributors of various backgrounds, genders, cultures, ethnicities and races; opportunities to experience the daily struggles and triumphs of their diverse peers.

. . . if we don’t all see and respect each other as equal and worthy of being heard

. . . if our neighbors do not welcome the newcomers and help them acclimate to ultimately add value.

. . . if our educators do not have the time and quality resources and lessons to impart to our students.

. . . if we don’t work together to uphold the district values of student focus, integrity, high expectations, continuous improvement, visionary leadership and equity.

After Brandy and her family retired from the U.S. Army life, they settled in Parkville, MO, and her children have attended school in the Park Hill School District since 2016. In 2020, Brandy was asked to be part of the Walden Middle School Equity and Inclusion Advisory Group and the Park Hill South High School Inclusion and Equity Family Advisory Council. She jumped at the opportunity to help Dr. Stucker and Dr. Herren identify goals and develop strategies that would allow each and every student to be seen, heard and feel that they truly belong at their school. Upon listening to the experiences of other parents and scholars of color, Brandy’s heart was stirred and she felt called to become an advocate for all students and families, especially those whose voices are often muted. Hearing concrete examples of how students of color have been disciplined differently or more severely, how race- and gender-based slurs have been used freely without fear of consequence, how some marginalized students have been allowed to remain in the achievement gap, and of how curriculum resources are not equitably representative of all the cultures, races, ethnicities, genders, and lived experiences of our diverse student body, Brandy decided to act. This is why she is asking for your support and your vote: so she may join the Park Hill School District Board of Education and work to ensure a more excellent school experience for every child.

After leaving corporate America and becoming an Army wife, Brandy took her experience to the education field. She was an Adjunct Instructor at Central Texas College and Upper Iowa University while stationed at Fort Polk, LA. She taught human resources management, complex organizations, training and development, compensation, and other related business courses. One of the most challenging and rewarding courses was helping graduating seniors with their “Senior Projects,” or thesis papers and presentations.

Across the Pacific Ocean, she sailed into Red Hill Elementary School in Honolulu, HI. She took the course and exam to be become a Certified Substitute Teacher in the state of Hawaii. At Red Hill where her three daughters started off in first and fourth grades, she was hired as a substitute for pre-kindergarten through sixth grade on that campus. Soon after, Brandy took on additional duties as an Educational Assistant (EA) helping kindergarteners and first graders with sight words and reading development. In her second year at Red Hill, she was asked to be a long-term substitute working daily with designated SPED students, creating daily session plans catered to individual needs, helping with IEPs and recording progress for primary teachers and parents.

One of Brandy’s most memorable experiences was working with an amazing first grade girl named Hunter. She was born prematurely and had some delayed learning, motor and social skills but was very smart, witty and strong-willed. They worked together on writing, reading, numbers and socialization. An integral member of “Team Hunter” was an awesome school nurse, who explained Hunter’s condition, needs, and how to operate the machine that controlled her feeding tube. A few months into being her primary teacher, her parents informed Brandy that she was moving to solid foods. Brandy and the nurse worked together to have Hunter feed herself soft foods—encouraging her, pushing her and celebrating her victories. Working with Hunter anchored Brandy’s resolve to seek or create opportunities to help all children be successful and reach their dreams.

Brandy has three daughters attending Park Hill schools. Nakiya, a junior at Park Hill South, plays the violin in orchestra, is a member of the EMP Robotics team and the Black Student Union (BSU), and participates in drama as well as track and field. Jaelyn and Jordyn are Brandy’s twin eight graders, and they attend Walden Middle School. Jordyn loves basketball, science, and being a leader for the student organization WEB (Where Everyone Belongs). Jaelyn, who is also a WEB leader, enjoys playing the clarinet, managing the girls’ basketball team, and contributing to her school community as a member of the National Junior Honor Society. Jaelyn was also one of the students selected to cut the ribbon with Dr. Cowherd and Dr. Stucker at Walden’s opening celebration in 2019.

Sergeant Major (SGM) Johnny Woodley, Brandy’s husband, served in the United States Army for 31.5 years as a Soldier, Ranger, 82nd Airborne member, Jumpmaster, and more. For 16 of those years, Brandy served alongside him as a dedicated Army wife. Over the years, the Woodleys were stationed at Fort Polk, Fort Bliss, Fort Sill and Fort Shafter/Hickam Harbor AFB. As a military spouse, Brandy learned to “bloom where you are planted,” as a General’s wife advised. She learned to quickly unpack and setup a house while enrolling kids in school and dropping off her Soldier at the airport for three months to a year of deployment—sometimes all in the same week. During deployments, she became tough, focused and determined to ensure that her daughters had all the love, support, discipline and opportunities in their father’s absence, and that family time and bonding was a priority when he reintegrated back into their lives each time. Brandy admits that being an Army wife was hard, but she would do it all over again . . . and again.

Brandy Woodley’s career has not been a straight path, but has instead taken her through the diverse terrain of many experiences, and for this she is so grateful. She started off in corporate America as a Compensation Analyst at the headquarters division of Farmland Industries, Inc. In 2000, she made a lateral move to work for Sprint, during which she completed the final courses to be a Certified Compensation Professional (CCP) with an International/Expatriate emphasis through WorldatWork in 2001. During her corporate career, working for Fortune 500 companies’ Headquarters Human Resources Departments, she worked closely with executives and counterparts in areas of Employee and Organizational Development, Employee Relations, Recruiting, Benefits, Sales Compensation and more.

As an entrepreneur, Brandy Woodley was the CEO of Soaring Dove Enterprises, a sole proprietorship she ran from 2006-2019. This business was established in order to provide balance of her military life, spirituality, child development, and home life, as well as conduct business across the nation and seas, wherever the military located her family. She has always had a heart to help others and could accomplish this through Soaring Dove Enterprises, Inc. The business focused on document assistance, editing (articles; general, term and/or thesis papers; webpage content; marketing & advertising language, and more), virtual assistance, HR consulting, and professional coaching. During that time, she went on to edit three published books. In March 2013, Brandy received the Extraordinary Minority Awards’ Young Entrepreneur of the Year from the MEDA Business Center of El Paso (El Paso Hispanic Chamber of Commerce).

From 2009-2013 while stationed at Fort Bliss, TX and Fort Sill, OK, Brandy was the Editor-in-Chief and contributor of Army Spouse Magazine (formerly Army Wife Magazine). Within that role, she completed press releases for top stories impacting the local military and civilian population that went out to different Public Affairs Offices of various Army installations across the nation. She was also a liaison for the magazine and USAA’s marketing and communications initiative with independent, military focused media outlets. Brandy also served as the Director of Operations and Human Resources for MOCHA Enterprises based in El Paso, TX.

Woodley dipped into the education field in 2002, working as a substitute teacher in DeRidder, LA and at neighboring Fort Polk’s satellite campuses of Upper Iowa University and Central Texas College. In 2014, she jumped completely into working full-time at Red Hill Elementary School in Honolulu, Hawaii.

Currently, Brandy is the Editor for the Department of Military History for the Command and General Staff College located on Fort Leavenworth, Kansas. This job is truly a culmination of the gratifying career pivots of her life: editing, Army and education.